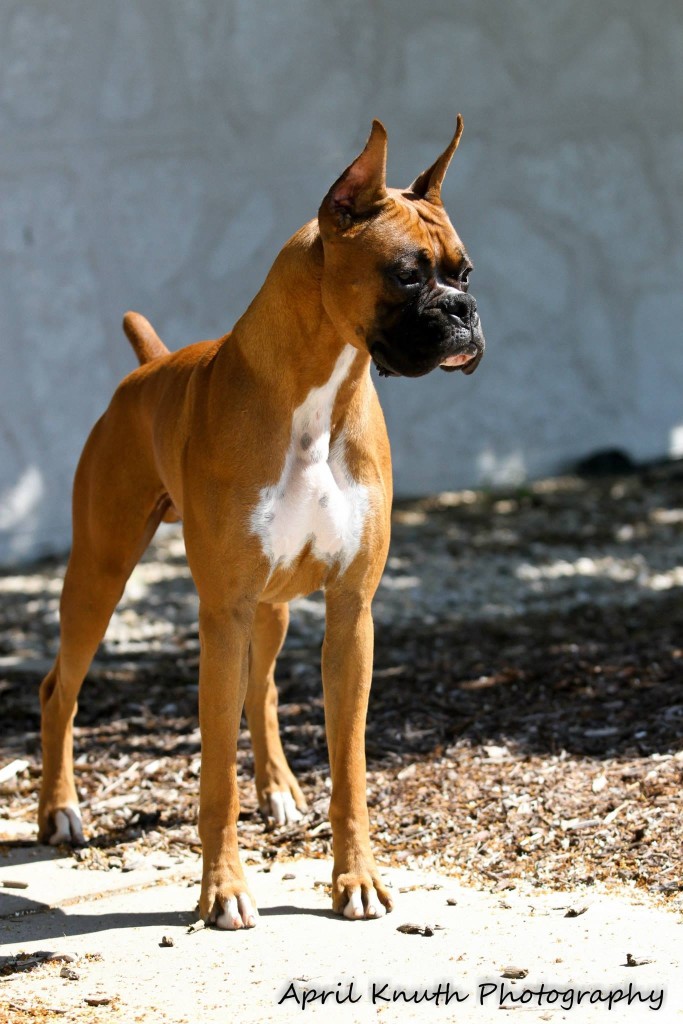 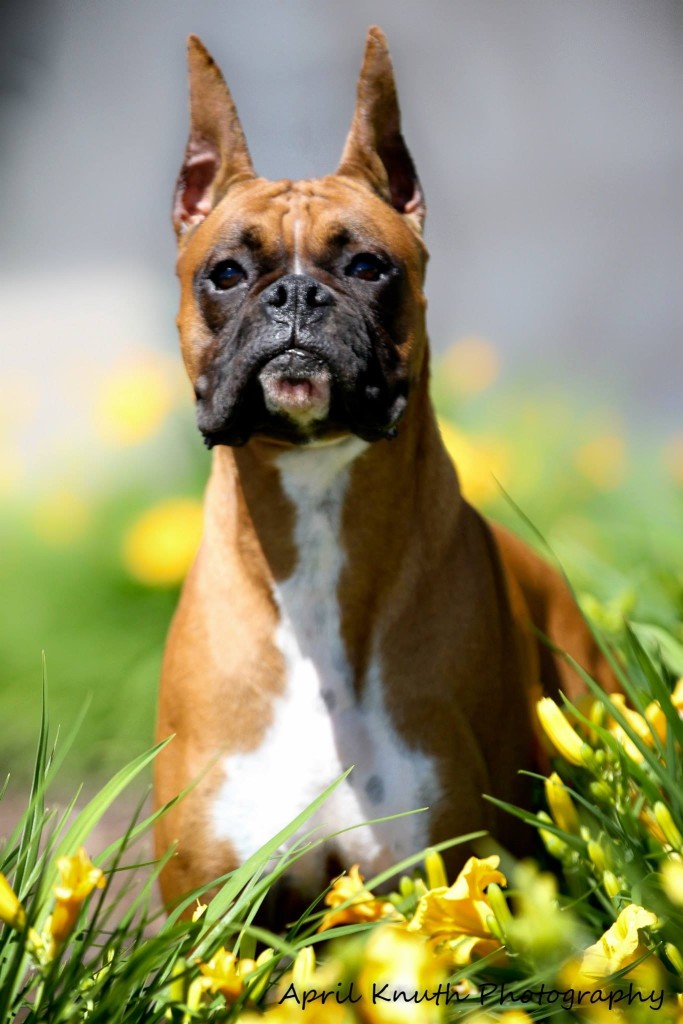 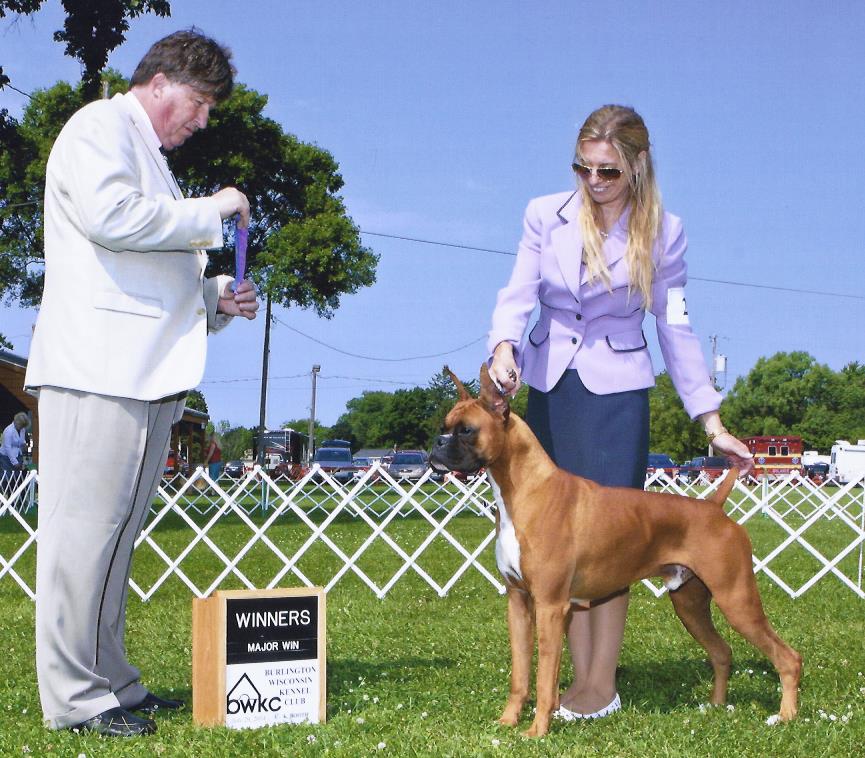 Titan taking his majors during long weekend at the end of July 2014 in Wisconsin.
His first major was at the first show at the Boxer Club of Milwaukee under judge Nancy Russell Griego.
His second major at the Burlingon Kennel Clublast show of the weekend under judge Charlie Orvis.
He was expertly handled by Amy Biei. 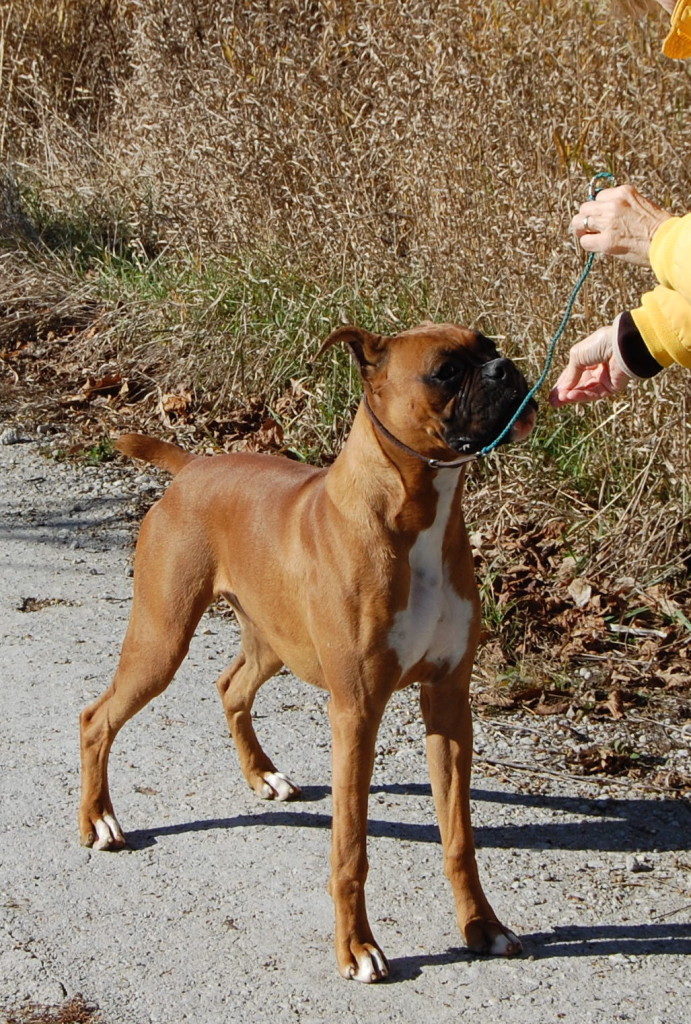 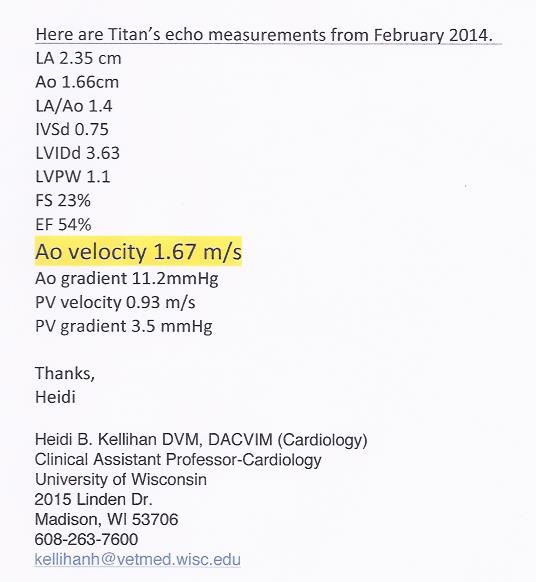